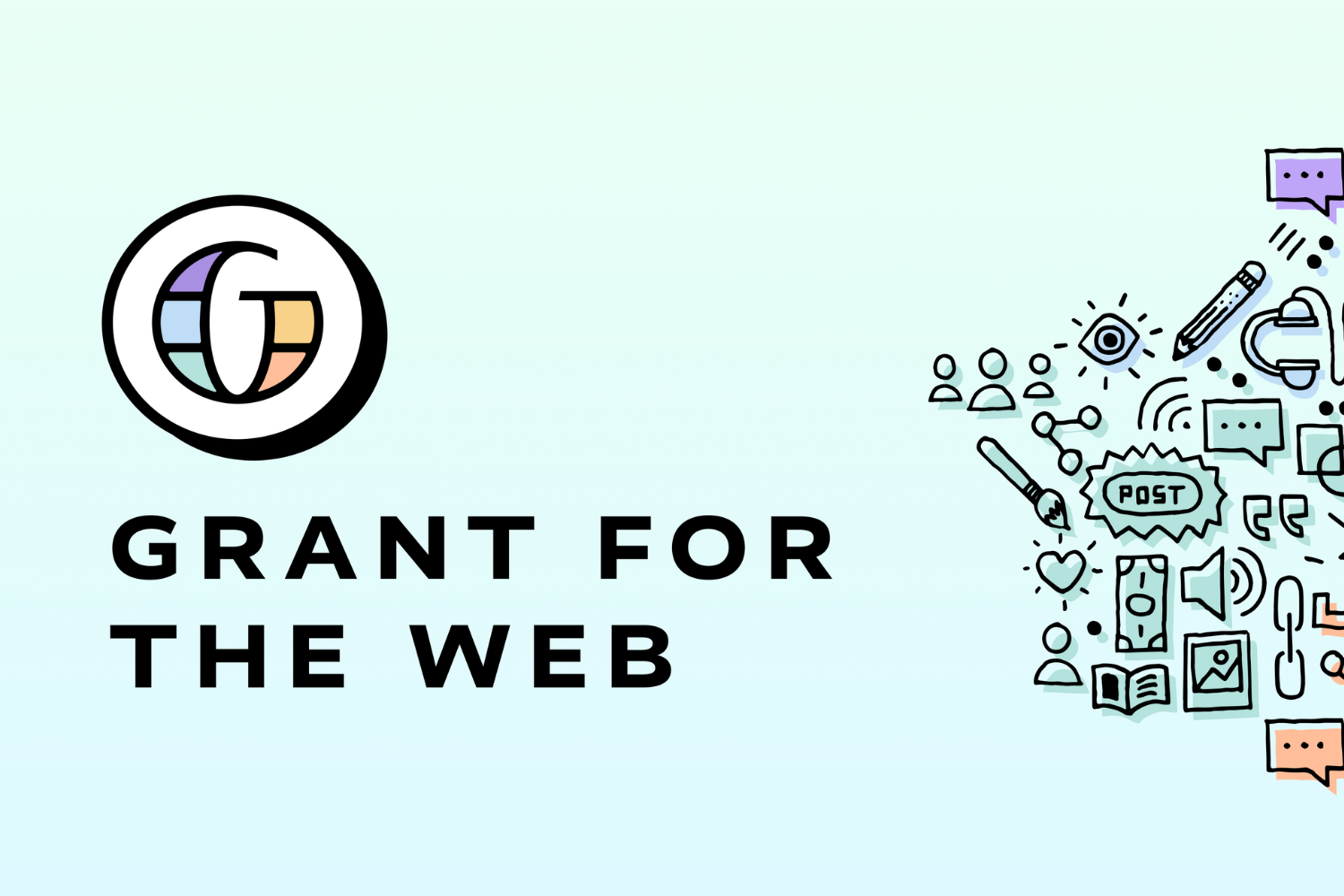 Over the last ten years, the internet has gone from a place rewarding creativity, invention and substance, to one dominated by a few advertising dependent platforms that promote and incentivize anything that grabs and holds the public’s attention.

The fund, titled Grant for the Web, directly addresses some of the most serious problems facing a centralized internet like the loss of individual privacy and rapid spread of misinformation and disinformation by enabling content creators and software developers to adopt and advance open standards for better, alternative online business models that benefit the public good. Grant for the Web also encourages innovation among independent creators while helping grow access and inclusion.

"When I was starting out as a developer, the openness of the Web gave me incredible opportunities to learn and grow," said Stefan Thomas, Founder and CEO of Coil. "It's so easy to create on the Web, but when it comes to earning money, people are mostly stuck with app stores or large content platforms. With this grant, we hope to tip the scales in favor of an open, native way for creators to be compensated for their contributions to the Web community."

"At Creative Commons, we're very interested in identifying new ways of rewarding open creativity and enabling people to show their gratitude to creators who share their work openly with the world,” said Cable Green, interim CEO of Creative Commons. “We're especially excited by the Grant for the Web's commitment to putting at least 50% of its funding towards projects that are made up of openly-licensed content and software. Creators have told us through our own user research that gratitude is a core element of why they choose to share their work, and micropayments may be an excellent way to offer that gratitude.”

“The web’s richness and diversity comes from its individual creators: writers, coders, musicians, podcasters, app makers, journalists. But in the current web ecosystem, big platforms and invasive, targeted advertising make the rules and the profit. Consumers lose out, too — they unwittingly relinquish reams of personal data when browsing content. That’s the whole idea behind ‘surveillance capitalism,’” said Mark Surman, Mozilla Executive Director. “Our goal in joining Grant for the Web, is to support a new vision of the future. One where creators and consumers can thrive.”

Grant for the Web operates as an independent, collaborator-led program funded 100% by Coil. While the activities and operations of this Coil-led project will be joined by founding contributing members Mozilla and Creative Commons, the collaborators welcome new members who want to join and support the program.

In total, the collaborators expect the Grant for the Web Program to last 5 years, and disburse $100 million in grants over that time period. Special consideration will be given to projects that reflect the collaborators’ values of promoting a vibrant commons on the internet of shareable content; increasing users’ autonomy, privacy, and control over their own data; promoting diversity and inclusion on the internet; and increasing access to the full capacity of the internet, both for content consumption and content creation, for communities and individuals that have historically been marginalized, disadvantaged, or without such access.

The program is committed to awarding at least 50% of all grant dollars to proposed software projects and content projects that will be openly licensed. The Grant for the Web Program will be managed by Loup Design & Innovation who will prepare public reports on the program’s activities and accomplishments.

Coil was founded in 2018 by Stefan Thomas, former CTO of Ripple, to build a better business model for the web. Coil’s platform is designed to make it easy for creators to monetize their content across the internet. As subscribing fans enjoy content, Coil uses an open API called Web Monetization to stream micropayments to creators in real time. The platform supports creators, including writers and journalists, video creators, podcasters, streamers, musicians, photographers, and artists. For more information about Coil, please visit coil.com and follow Coil on its creator page and on Twitter (@Coil).

Mozilla is a nonprofit that believes the internet must always remain a global public resource, open and accessible to all. Its work is guided by the Mozilla Manifesto. The direct work of the Mozilla Foundation focuses on fueling the movement for an open internet. Mozilla does this by connecting open internet leaders with each other and by mobilizing grassroots activists around the world. The Foundation is also the sole shareholder in the Mozilla Corporation, the maker of Firefox and other open source tools. Mozilla Corporation functions as a self-sustaining social enterprise — money earned through its products is reinvested into the organization.

Creative Commons is a globally-focused nonprofit organization dedicated to making it easier for people to share their creative works, and build upon the work of others, consistent with the rules of copyright. Creative Commons provides free licenses and other legal tools to give individuals and organizations a simple, standardized way to grant copyright permissions for creative work, ensure proper attribution, and allow others to copy, distribute, and make use of those works. Creative Commons supports the CC Global Network, a community initiative working to increase the volume and breadth of openly-available content and resources worldwide. The organization also runs a technology program focused on making openly-licensed material easier to discover and use, as well as a certification program designed for individuals interested in becoming experts in creating and engaging with openly-licensed works.